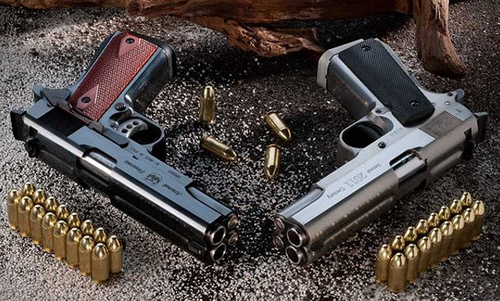 The suit was brought by Florida Carry, an advocacy group, and Alexandria Lainez, a UNF student, challenging a UNF policy that prohibited storage of a “weapon or destructive device,” including a gun, in a vehicle on UNF property, and subjected students to punishment and possible prosecution for violating that policy. Florida Carry argued that UNF has no power to regulate firearms, because by virtue of section 790.33(1), Florida Statutes, the Florida Legislature has “preempted the field” of firearms regulation, i.e., reserved for itself the exclusive right to regulate firearms in Florida.

The Primary Issue: Is UNF a School District?

On the surface, the appeal required only the resolution of a straightforward question of statutory construction. UNF argued, and the trial court agreed, that despite the legislature’s reservation of the power to regulate firearms, it had delegated to UNF the power to regulate possession of firearms in parking lots on campus.

Under Section 790.115(2)(a)(3) and 790.25(5), the legislature declared that it is generally unlawful to carry firearms on school grounds, with certain exceptions, including carrying a firearm or other weapon in a vehicle if the weapon is “securely encased”:

it is lawful…for a person 18 years of age or older to possess a concealed firearm or other weapon for self-defense or other lawful purpose within the interior of a private conveyance, without a license, if the firearm or other weapon is securely encased or is otherwise not readily accessible for immediate use…This subsection shall be liberally construed in favor of the lawful use, ownership, and possession of firearms and other weapons, including lawful self-defense…

But Section 790.115(2)(a)(3) also gives “school districts” the power to “adopt written and published policies that waive” the exception allowing weapons in vehicles “for purposes of student and campus parking privileges.” So the primary issue was whether UNF is a “school district,” such that the legislature delegated to UNF the power to adopt a policy declining the privilege of carrying secured firearms in vehicles in UNF parking lots.

As a matter of statutory interpretation, the 1st DCA judges all agreed that UNF did not meet the definition of a “school district,” such that the legislature did not grant to UNF the power to waive firearms-in-vehicles exception. But that conclusion was not the end of the analysis.

But the same is not true when it comes to affirming a lower court’s decision. Under a doctrine known in Florida jurisprudence as the “tipsy coachman” rule (so named based on a poem about a coach driver that reached the correct destination despite not knowing where he was going), an appellate court will affirm the lower court’s decision, even if the lower court’s reasons for reaching its decision were wrong, if the decision was correct for another reason. In other words, if the court of appeals concludes that the correct result was reached for the wrong reasons, the decision will be upheld.

Why So Many Opinions?

The tipsy coachman doctrine played a major role in causing the proliferation of separate opinions in Florida Carry. Judge Padovano concluded in his dissent that the trial court was correct to conclude that UNF had the power to regulate firearms on campus based on a different reason than the one argued by UNF and accepted by the trial court.

The correct reason for the result, Judge Padovano concluded, was the fact that article IX, section 7 of the Florida Constitution confers the powers to “operate, regulate, control, and be fully responsible for the management of the whole university system,” on the Board of Governors of the state university system.

He further concluded that UNF’s regulation, enacted through state universities’ constitutional power to regulate themselves, could not be trumped by the Legislature’s enactment of Section 790.115. Just as “a university has the power to prohibit a student from smoking in a dormitory or drinking an alcoholic beverage on campus even though smoking and drinking may be perfectly lawful in other circumstances,” it has the power to prohibit students from carrying a firearm in a vehicle, even though doing so is legal in other circumstances.

The numerosity of concurring opinions resulted mainly from disagreements among the judges who concurred in the court’s decision to reverse the trial court about how to address the tipsy coachman argument raised by Judge Padovano.

The majority opinion, authored by Judge Roberts, concludes that the power granted to universities under article IX, section 7 does not extend to the power to “deprive students attending UNF of their constitutional right to bear arms as provided by organic law and legislative enactment,” and that the right to bear arms can only be regulated by the Legislature.

Judge Wetherell wrote separately to express the view that the majority and dissent’s discussions of the constitutional powers of state universities is misguided, because the Constitution grants power to the Board of Governors, not universities, and there was no indication that the Board had delegated its power to UNF to pass the regulation at issue. Judge Makar wrote a concurring opinion “to emphasize that Florida’s legal history on the right to keep and bear arms makes this a straightforward case.” He also emphasized that whatever powers universities may have must be tempered by constitutional and legislative limitations.

In his concurrence, Judge Osterhaus departed from the majority’s decision to address Judge Padovano’s analysis of universities’ powers under article IX, section 7 because UNF based its regulation on the power it believed it had under Section 790.115, so that is the only lens through which its powers should be analyzed. Thus, in his view, the tipsy coachman rule did not apply.

None of the 1st DCA’s many opinions is likely to be the last word on the issues in the case, which seems almost certainly destined for review by the Supreme Court of Florida. If nothing else, the injection of the analysis of constitutional powers into the case created a basis for the Supreme Court to exercise jurisdiction. Given the public interest in and votality of issues of Second Amendment Rights, my guess is that the Supreme Court will not hesitate to take it up.